Posts in the series: Share of annual emissions Emissions by economic category Emissions per person 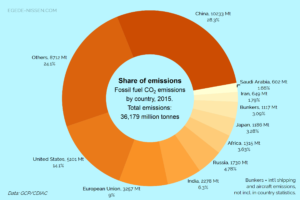 Where do emissions come from? 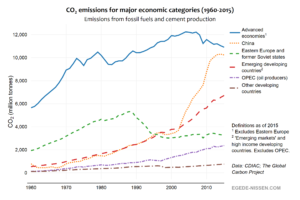 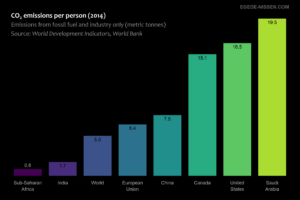 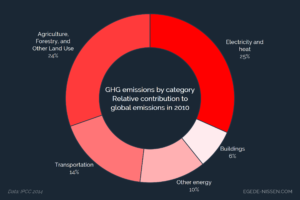 After declining in 2016, CO2 emissions went back up in 2017. According to estimates from the Global Carbon Project, emissions increased by almost 600 million tonnes, ending up at 41.47 billion tonnes. Emissions had actually decreased in 2016 after flattening out over the last few years, bringing hope that we had finally reached peak carbon […] 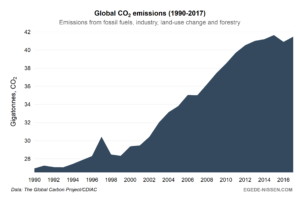 The Carbon Budget — Living Beyond Our Means 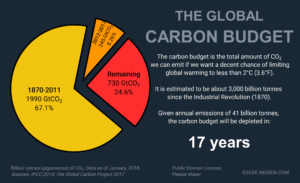